We are experts
in energy.

Energy Atlantica is a team of skilled professionals in the complex area of energy trading. Our absolute dedication to our customers, to our community, and to each other, make us industry leaders in our region. 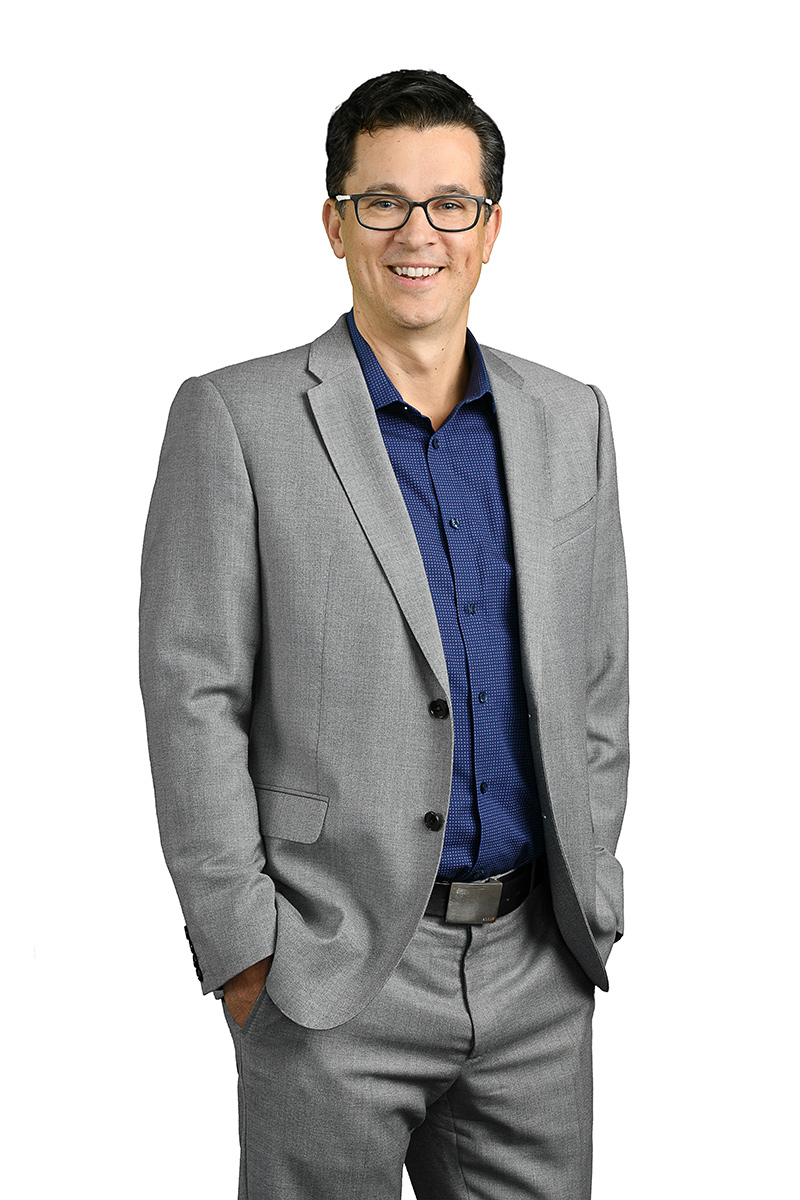 After a 10-year career in the international footwear industry, Todd began his energy career in 2001, helping a large publicly traded company set up a successful energy trading entity. In 2005, he followed his dream of becoming an entrepreneur and started Energy Atlantica. Now, with 18 years of experience managing and trading natural gas in Canada and the US Northeast, he possesses an in-depth knowledge of a very complex market. Todd specializes in asset optimization, commodity contracts, risk management strategies, capital project evaluation, and supply and transportation management. He has an undergraduate degree in Business Administration from the University of South Carolina and an MBA from Johns Hopkins University. Professionally, he is most proud of the exceptional work and dedication shown by his employees.

Todd is also co-founder of GIVETOLIVE, a non-profit dedicated to inspiring people to live happy and healthy lives through generosity, fitness, and achievement of the extraordinary. He is humbled by, and proud of, the volunteers and event participants that have raised over $3.1 million for various charities. He has completed numerous GIVETOLIVE events: cycling to Texas three times, swimming from New Brunswick to PEI three times (no shark sightings yet) and finishing two Ironman triathlons.

Todd lives life to the fullest with his wife and GIVETOLIVE co-founder, Ashley. He is often seen at the office with his favourite VP of Gas Production, his Goldendoodle, Pickles. 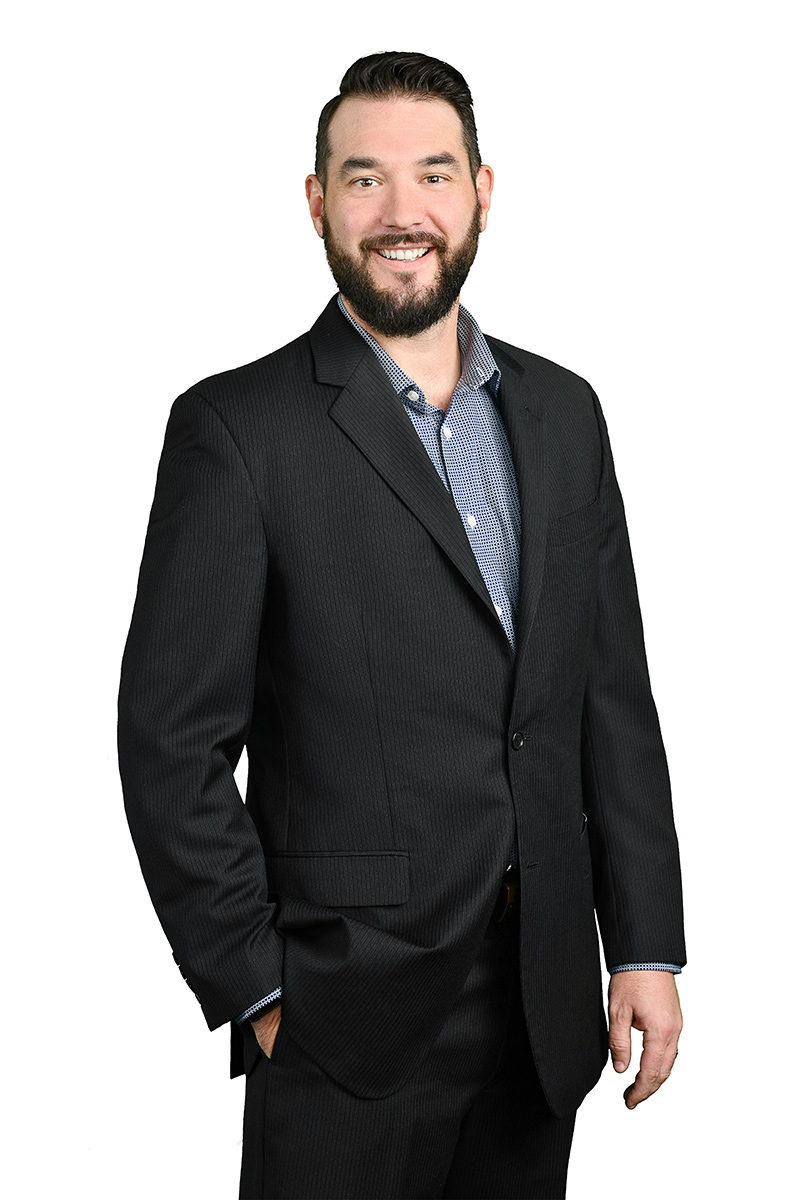 After a successful career in information technology, Paul joined a then young Energy Atlantica in 2007. For the last 12 years, he has been instrumental in growing the company, while becoming well known for being one of the friendliest and most knowledgeable traders in the industry. Paul focuses on client management, financial analysis, gas trading, and supply and pipeline optimization. He has extensive knowledge of major pipelines, supply sources, and end-users in the Canadian and Northeast US markets. He has degrees in Business Administration and Information Technology from Cape Breton University.

In his free time, Paul volunteers extensively as a board member of GIVETOLIVE. He has participated in almost every BIG RIDE, only missing one to date; amassing over 7,000kms while cycling from Canada to Texas three times, Banff to Boulder, Ottawa to Halifax, and finishing an Ironman Triathlon.

Paul plays a mean electric guitar, has a great sense of humour, and is deadly to catch on a bike. He and his wife have two adorable children. 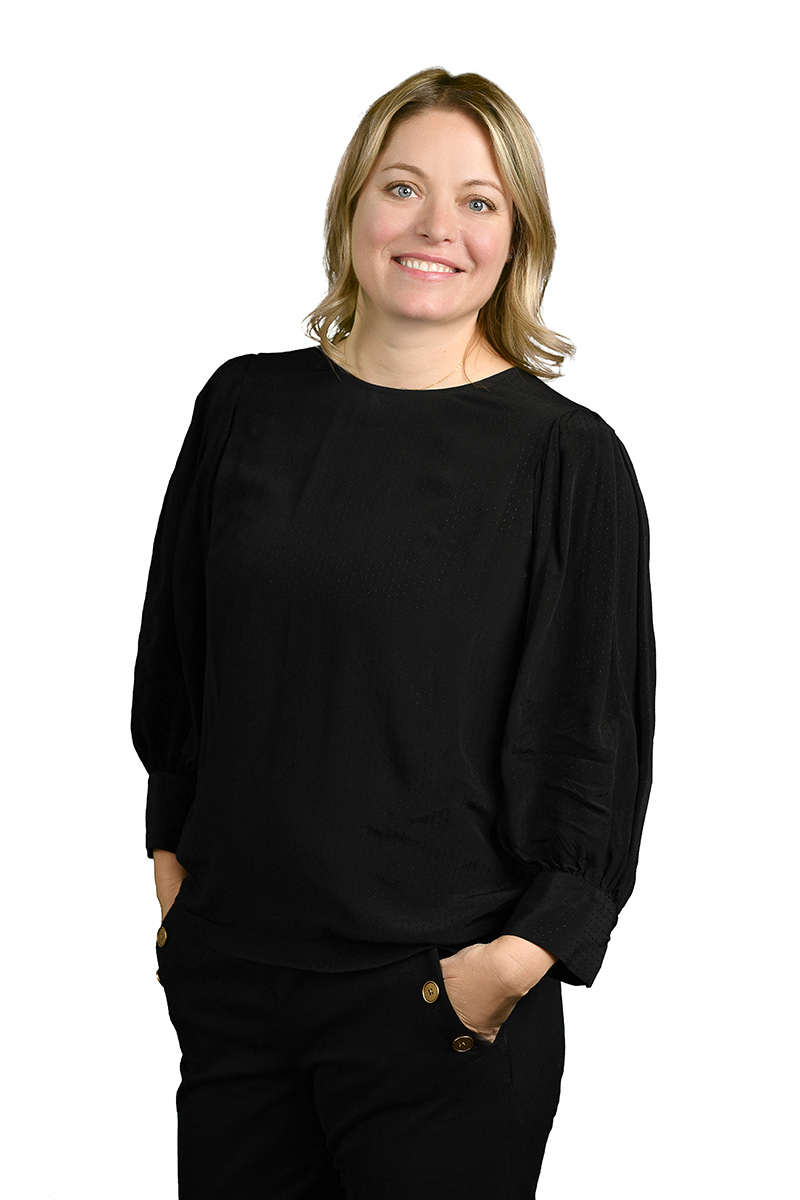 Heather joined Energy Atlantica in 2012 after a 10-year career in pharmaceutical sales as a Senior Sales Executive. Her strong work ethic and exceptional people skills propelled her into her current role of Senior Trader and Key Account Manager. She spends her days focusing primarily on gas trading, fuel dispatch, logistics and transition management. Her knowledge and dedication to her clients is first class. Heather graduated from Mount Allison University as well as completed a graduate certificate in Human Resource Management.

Heather spends a great deal of time volunteering and giving back to our community. In addition to being involved with her daughter’s school PTA Executive and serving on the GIVETOLIVE Board of Directors, she has served as GIVETOLIVE’s BIG SWIM Event Director for several years; leading a team dedicated volunteers and participants in raising funds for Brigadoon Village Children’s Camp. In her tenure as Event Director the BIG SWIM has surpassed the $1M mark in cumulative funds raised for this noble cause. In 2014, she performed double duty; organizing the event while training for (and completing) her own 17km swim across the Northumberland Strait.

Outside the office, Heather enjoys keeping active by playing volleyball, swimming and spending time with her husband and their three beautiful girls.

After an early career in international development and education that took her around the world (India, The Gambia, & St Lucia), Ashley joined EA as its first staff member in 2006. She has held or holds numerous roles for the company, including HR, project management, community engagement, strategy, and marketing.

Ashley is co-founder and a board member, of EA’s charitable endeavor, GIVETOLIVE. She led the organization in its first five years through to its success today, executing endurance events for thousands of participants while raising approximately $400,000 annually for various charities. She has also participated in over a dozen GIVETOLIVE events, including cycling to Texas twice, circumnavigating Iceland and tackling the 15km distance at the Big Chill.

Ashley is very active in her community, having led a project to successfully sponsor a Syrian family during the refugee crisis and serving as a volunteer birth doula for low-income families. Ashley is an exceptionally driven individual who has been recognized as one of the top emerging leaders in Atlantic Canada and was recently awarded the “2019 Young Alumnae of the Year” by StFX University. Ashley holds a Bachelor in Psychology and English from StFX, Bachelor of Education from Mount Saint Vincent University, and has studied her Masters of Public Administration at Dalhousie University.

In her free time, Ashley enjoys painting Nova Scotia’s rural landscapes and sunsets, being active outdoors, and loves to travel the world with her life-time partner Todd. 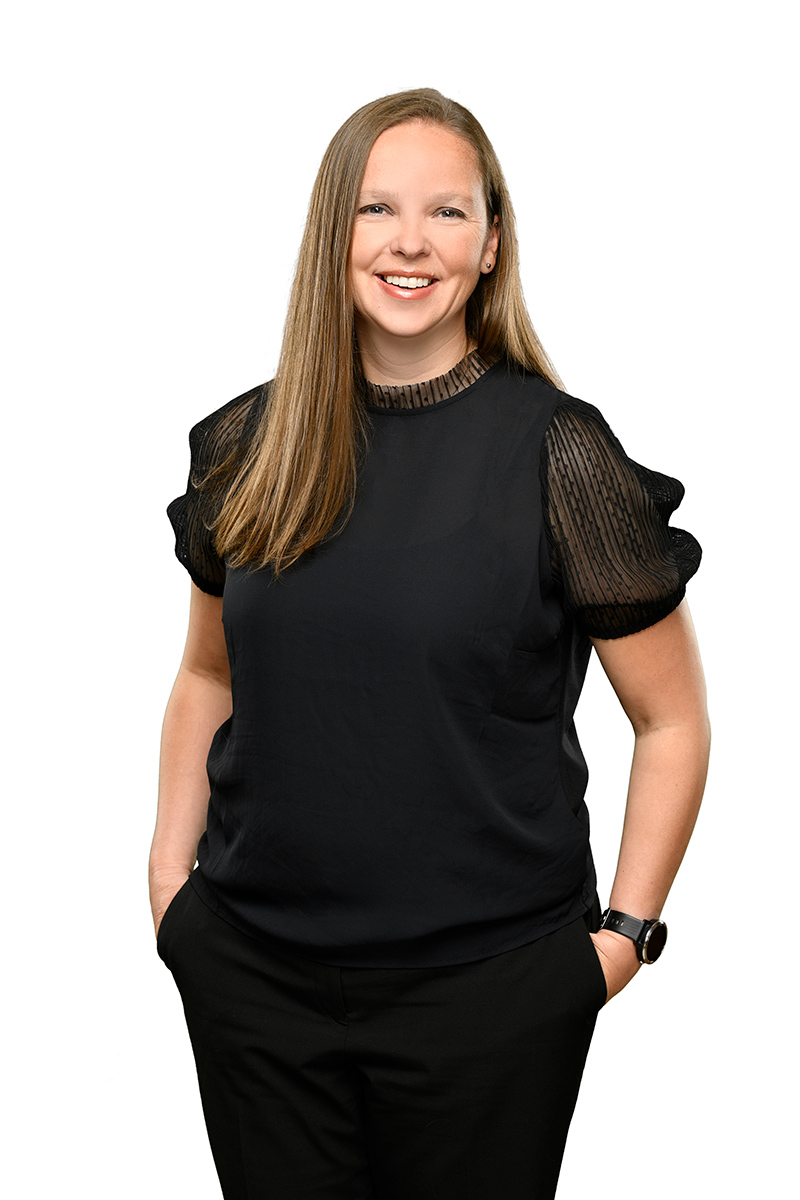 Nadja joined Energy Atlantica in 2015 after a successful 10 years in the banking industry. Following 4 years of exceptional performance as Energy Atlantica’s Executive Assistant, she transitioned into the role of Data Analyst. Nadja is exceptional with clients, has a passion for organization and excels at analysis, presentations, and details. She holds an undergraduate degree in Business Administration from Acadia University.
The opportunity to work with GIVETOLIVE was a large part of what drew Nadja to Energy Atlantica. Nadja has participated in two of GIVETOLIVE signature events; she completed the BIG CHILL, a snowshoe through the wilderness of Nova Scotia in 2016 and traveled to Iceland for the BIG RIDE in 2017. She has also served as the Volunteer Coordinator for the BIG SWIM since 2015.

Outside of work, Nadja enjoys spending time with her husband and their two young children. She bakes a mean cupcake, loves to sew and stays active by running. 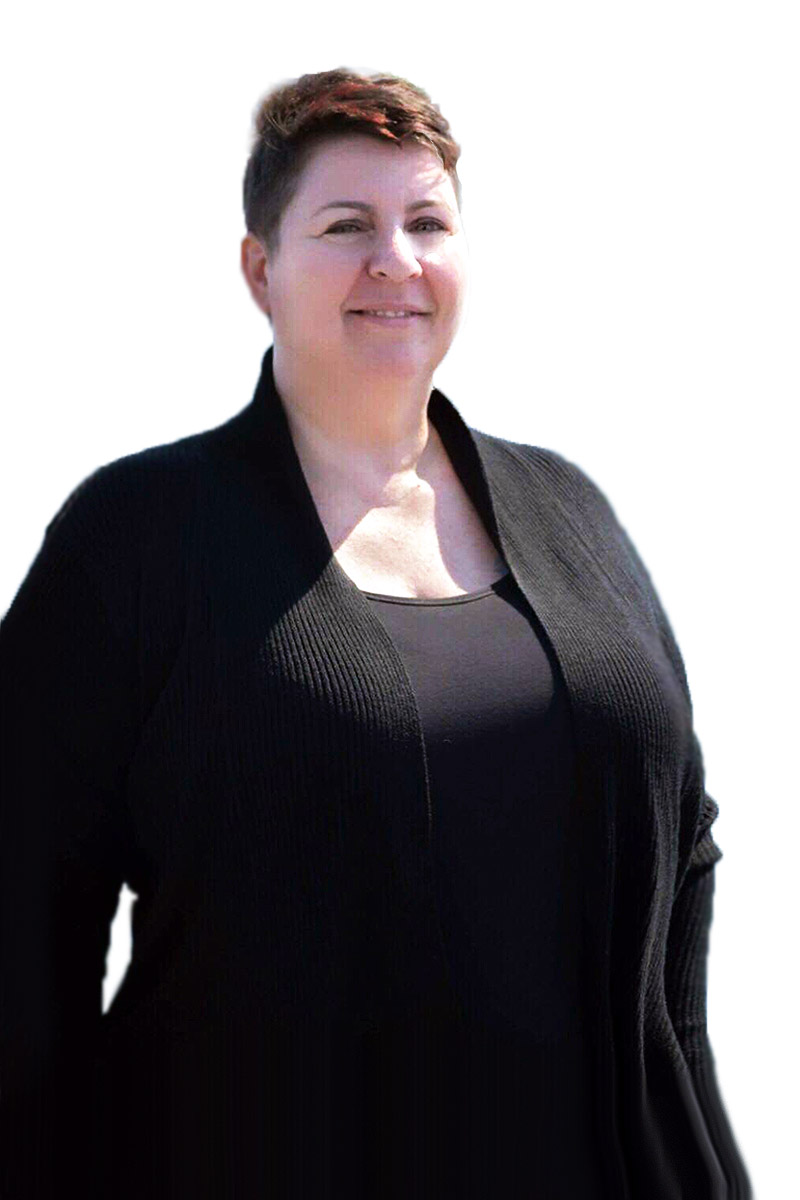 Tracy joined Energy Atlantica in the spring of 2021 and brings 23 years of industry experience with her. Tracy started her career in Alberta with a large natural gas aggregator company. After eight years of growing and transitioning into different roles, from assistant to the Operations and Trading department to Business Analyst and eventually Gas Scheduler, she found her way back home to Nova Scotia. She joined Emera Energy as Gas Scheduler and honed her skills with a thriving 15-year long career, taking on responsibilities from Manager of Natural Gas Logistics to Senior Commercial Services Manager. Tracy is an exceptionally trained Senior Gas Scheduler and is excited to contribute to our growing team!

Outside the office, Tracy enjoys time with her young son and she has recently taken a keen interest in camping. 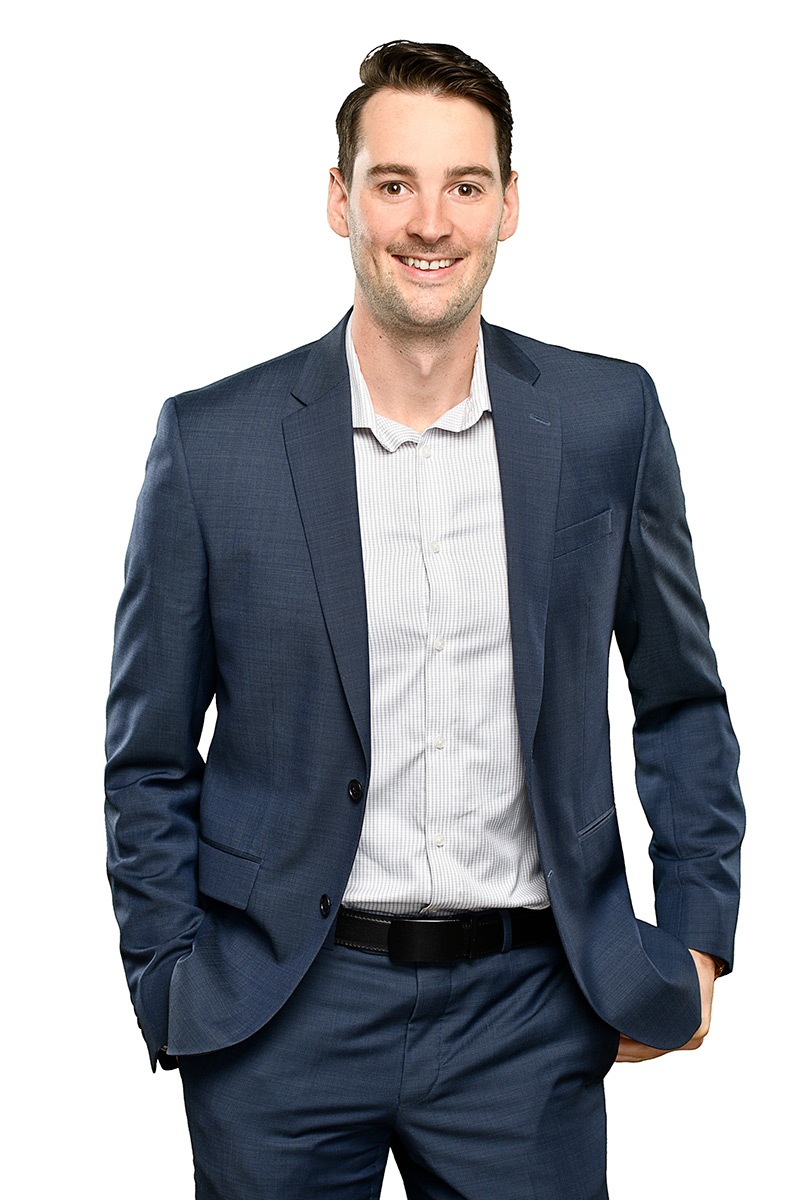 Patrick joined Energy Atlantica in 2020 after a 6 year career at a national audit and accounting firm as a manager of Corporate Finance and Valuation where he obtained his Chartered Professional Accountants (CPA) designation and his Chartered Business Valuation (CBV) designation. His extensive experience in both assurance and valuation/transaction advisory services led him to his current role as Corporate Controller. Patrick spends time managing working capital, aiding in account management, and analyzing transaction opportunities. Patrick graduated from Acadia University with a Bachelor of business administration.

In addition to his role at Energy Atlantica, Patrick stays involved in the Halifax business community and served as the Chair of the awards committee between 2019-2020 for Family Business Atlantic (FBA). Patrick also stays active in the community as a current member of the friends of Hope Cottage aiding in the planning and execution of various events annually with the goal of helping to serve meals to those less fortunate and looks forward to participating in GIVETOLIVE events. Patrick enjoys spending his free time on the golf course or playing hockey and basketball. 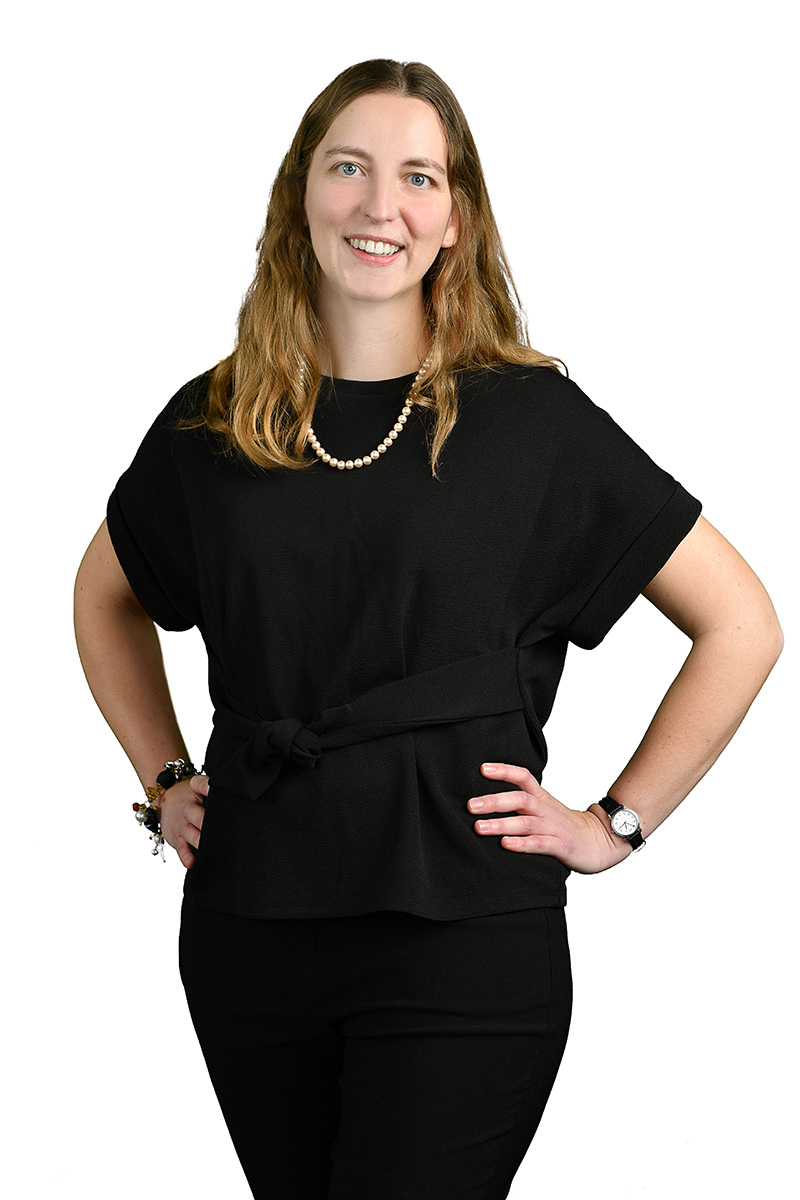 Marijke recently joined our team as Executive Assistant. She is well acquainted with the Energy sector, having worked for a large international energy company for the first 10 years of her career. She performed roles from B2B customer support to administrative assistant to the Corporate Nuclear Projects management department. Marijke is very well organized, has exceptional problem-solving skills and a positive, open-minded attitude. She has a master’s degree in Art History and a teacher’s degree in Archaeology and Art History from Ghent University, Belgium.

Persuaded by a hint of adventure, Marijke and her husband moved to Halifax with their 3 lovely children in 2015. Marijke is active as a volunteer in the Home & School association of her children’s school, helping with fundraising through the organization of a series of fun events.